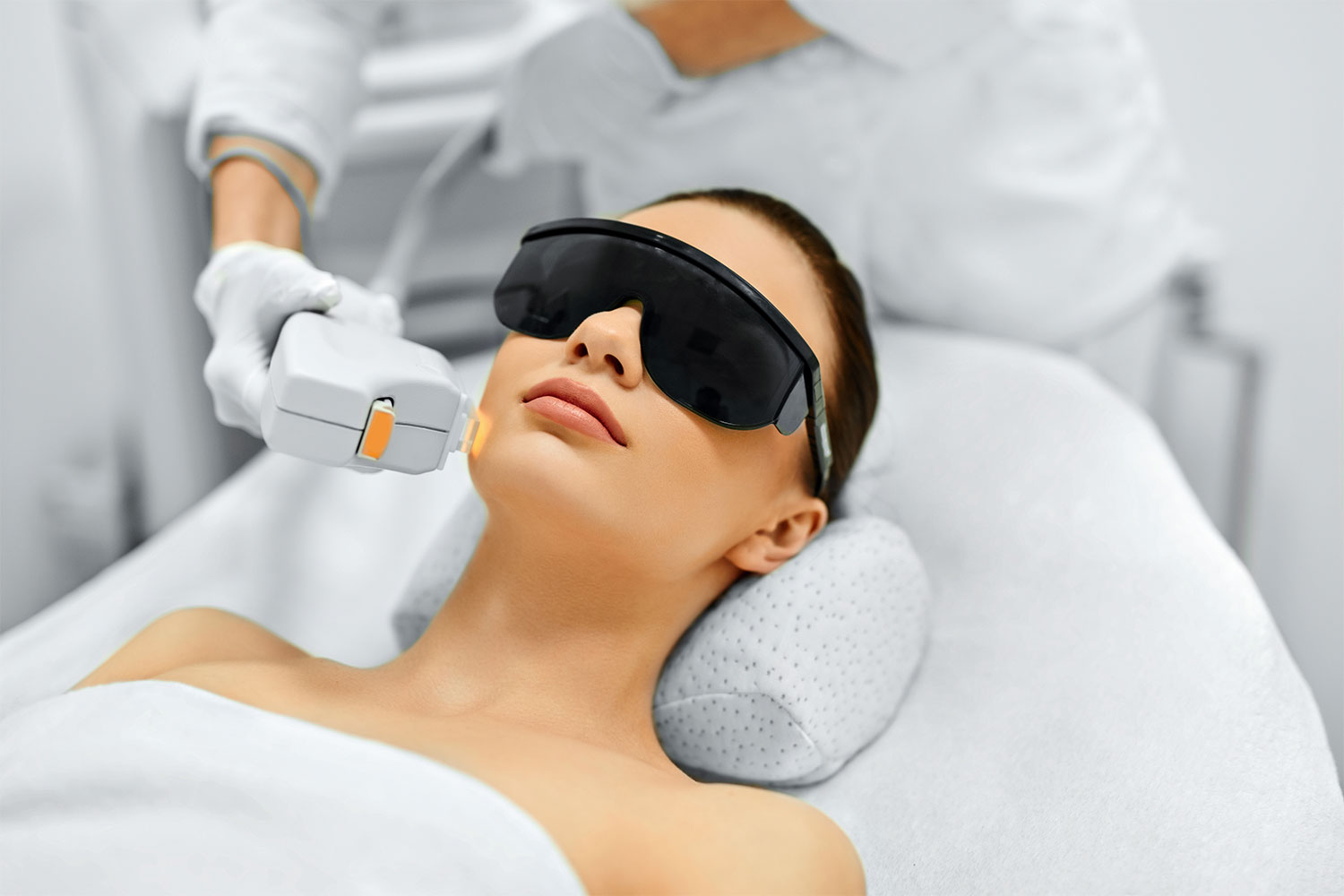 For years, doctors have been faced with choosing between an ablative or non-ablative laser for their practice. Ablative fractional laser skin resurfacing is a well-established treatment that achieves notable results by vaporizing aged tissue while causing significant patient downtime. Alternatively, non-ablative fractional resurfacing treatments tend to heal quicker but do not always meet high patient and physician expectations.  In 2014, Sciton shifted the landscape of resurfacing by introducing Halo™, a Hybrid Fractional Laser that delivers both non-ablative (1470 nm) and ablative (2940 nm) wavelengths to the same microscopic treatment zone. Halo produces the impactful results of an ablative modality while generating the shorter downtimes that patients have come to expect from non-ablative lasers.

The Halo treatment speaks for itself, according to Dr. Chris W. Robb, MD, PhD, the co-founder of Skin & Allergy Center in Tennessee, USA.   ‘I have never marketed Halo. I don’t have to. I have an average patient population for a Dermatologist: I see 30–40 patients a day with a mix of surgical and general Dermatology. Halo has dramatic results, especially as it pertains to texture, dyschromia and UV signature, which gives an improved light reflex. This is the so called ‘Halo glow’.  Patients’ friends notice how fresh they are, comment on it and the next thing you know I have another one or two Halo customers.”

As a Key Opinion Leader in the field of Aesthetic Dermatology in the USA, Dr. Robb was instrumental in the development and launch of Halo.  His clinic is a national center for Halo training and treatments where patients come from around the country for the procedure.

Recently, Dr. Robb began treating patients with the combination of Halo and BroadBand Light (BBL)™ to maximize benefits. According to Dr. Robb: ‘These treatments have different purposes. Combining full-field BBL with Halo improves the downtime of BBL and adds to the uniqueness of Halo with its textural and reflectivity changes, changes in the mid-range UV signature and dramatic improvements in fine wrinkles and pores.’

Dr. Robb comments on how almost anyone can be a candidate, ‘From the patient with several brown lesions that would benefit from a full-field BBL, to the fair-skinned patient who would benefit from BBL just to control erythema post Halo — every patient can derive some benefit from this combination treatment. This brings two home run treatment protocols together with minimal downtime.’

One of the many modules Sciton offers on its platform, BBL treats a wide variety of indications. This includes vascular lesions, acne, texture, hair, and pigmented lesions producing immediate results. With user-friendly features and exceptional return-on-investment, BBL is the most complete and versatile BroadBand Light system in its class. The large 15 x 45 mm spot size, integrated cooling, dual lamp, and rapid repetition rate enable users to perform an efficient and efficacious treatment.

When asked why he originally chose Sciton’s BBL versus the competition, Dr. Robb notes it was an easy decision, stating, ‘I had read the Stanford study1 (www.foreveryoungbbl.com/clinical_evidence.php) and found the evidence compelling.  The Forever Young BBL™ treatment protocol supporting anti-ageing and the reversal of skin damage gave me a tool that no other company was able to provide with clinical evidence.’ The ‘Stanford Study’ he references was published in the Journal of Investigative Dermatology. It states that Sciton BBL treatments can alter the expression of genes associated with the ageing process.  These genes are manipulated to more closely resemble those of young skin. The study supports the hypothesis that regulators of ageing can be altered in human skin using BBL technology to provide a functional change, rather than a cosmetic, superficial change in appearance.

Furthermore, the study reveals the molecular changes that are promoted by Forever Young BBL for improving the appearance of acne, sun spots, freckles, pigmented lesions, and vascular conditions. Forever Young BBL treatments are requested by patients looking to attain a more youthful and rejuvenated appearance.

THE BENEFITS OF WORKING WITH SCITON Dr. Antonio Campo, MD, PhD, founder of Campo-Optimage in Barcelona, Spain also weighs in on the benefit of working with Sciton. As a longtime customer and supporter of BBL technology, he recently started combining BBL with Halo. In his clinic, Dr. Campo states that BBL achieves a satisfaction rate of greater than 95% in the treatment of pigmentation, facial redness, and skin tone. With the addition of Halo, patients are able to receive significant results in texture, pore size, and general brightening of the complexion.  ‘All that with minimal investment and virtually no downtime or complications. Results are impressive after just one treatment.’

Sciton is the only company to offer Hybrid Fractional Laser and BroadBand Light technology for reversing skin-ageing at the genetic level. Clinicians around the world can achieve amazing results with Halo and BBL, available on the JOULE platform — the highest quality and most expandable platform on the market. When a practice purchases the system, they have invested in the future of their business. The JOULE offers the ability to add over a dozen modules to one system. It not only grows your practice, but grows with your practice.

Contact us to schedule a consulation with our Parker, CO Dermatologists today!

879
SHARES
ShareTweet
by JJM
0
0
Go Over the Edge for Cancer League of Colorado!

Previous post Go Over the Edge for Cancer League of Colorado!